An immigrant herself, Ms. Henning focuses her practice on assisting employers and individuals in strategic planning of U.S. commercial ventures or personal objectives to meet the requirements of U.S. immigration law. Her particular experience has been in the area of business investor and intra-company transfer visas for executive or specialized knowledge and technical employees, visas for outstanding artists and business people as well as family immigration.

Due to her proficiency in the German language and knowledge of her clients’ cultural backgrounds, she often acts as general counsel to foreign clients with complex legal issues and co-counsels with specialists in other practice areas as needed, such as taxation and litigation, products liability and employment law. 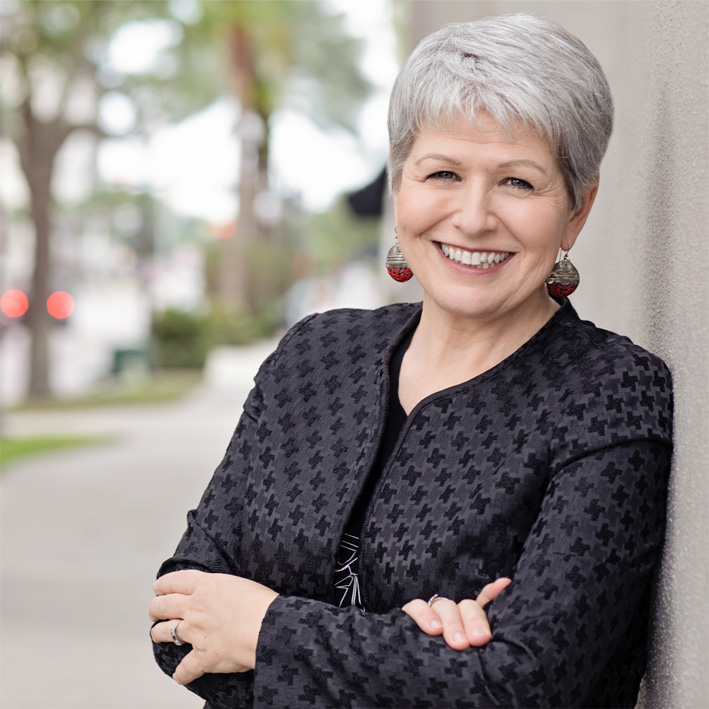 Born and raised in Germany, Ms. Henning started her professional life as the coordinator of the German-American friendship club KONTAKT at the U.S. Army Community Public Affairs Office in Ansbach, Germany. She was certified as Foreign Language Economic Correspondent (Fremdsprachliche Wirtschaftskorrespondentin, IHK Nuremberg) in 1984, moved to the United States in 1986 and started a family. From 1988 to 1990, she lived in South Korea where she taught English and German to Korean university students.

In 2003, she was appointed by the German State Department (Foreign Office of the Federal Republic of Germany) as the Honorary Consul of Germany for Southwest Florida. In this capacity, she supported the German Consulate in Miami in diplomatic and administrative matters until December of 2021.

She is also a graduate of the 63rd InfoDVag (Leadership Academy for Civilian Leadership Personnel of the German Naval Academy) in Mürwik and a recipient of the Silver Cross of Honor (Ehrenkreuz der Bundeswehr in Silber) of the German armed forces for her support of the German liaison team at MacDill AFB in Tampa.

Ms. Henning is a member of the Florida Bar and the American Immigration Lawyers Association (AILA). Her admission to the Minnesota Bar is pending. Through the various professional associations, she regularly attends continued professional education programs.

KIND WORDS FROM MY LOVELY CLIENTS

"It was a pleasure to work with Mrs. Henning from the initial consultation until the day our case was approved and green card was in our hand.

She was always very accessible, responsive, and reliable, and was an extremely knowledgeable resource on timelines, procedures, current immigration laws and what to expect from the process from start to finish.

Most important for us is the fact that Mrs. Henning was efficient and timely in preparing the paperwork and forms for every stage of the application and was diligent and thorough in creating a comprehensive case file to ensure we were providing all information necessary for a successful adjudication of our case.

She was on top of things every step of the way and we knew we could rely on her to make sure everything was taken care of. We were in fantastic hands and would not hesitate to highly recommend working with her to anyone. Thanks so much."

"The immigration process can be a stressful and challenging journey. This is exactly how I felt before I met Norma Henning. I was going through a rough divorce, had an arrest record and did not have any family around. I was not sure if I would be able to have my case approved. Norma was able to prepare everything.

She assured and supported me throughout the entire process. After going through another similar process without an attorney, this was a completely unique experience to have Norma by my side attending my interviews in the USCIS. She was like Immigration Fairy Godmother who made things magically happen.

I am beyond grateful for all the professionalism and care that Norma always provided. After receiving my green card and citizenship, I referred Norma to my parents to apply for their green cards. It was also a challenging case due to my father’s military background. But her level of experience and expertise helped us get the application done the right way.

I told Norma once that I trusted her 110% and if she told me to dress up as a clown for the interview, I would have done it because she knows best. Do not hesitate, get your case managed by a professional immigration attorney who cares!"

"I was referred to Norma Henning by my CPA, who spoke highly about her knowledge when it comes to visa and immigration matters. I wanted to move from Germany to the US and was looking for the best way to get my visa or even permanent resident card (green card).

She analyzed my professional background and found that I qualified for classification as an Alien of Extraordinary Ability in my field. Now some time ago, I opened my own consulting firm and get to contribute my experience and skills to U.S. clients while enjoying the flexibility that permanent residence brings with it.

Traveling back and forth to Europe has been possible even during the pandemic, and I am very grateful to Ms. Henning for guiding and supporting me and my wife throughout the process. She has shown so much knowledge and experience in this matter, that I always felt like I was in the best of hands. And she navigated all matters of the process at the very high standard which I expected as an executive manager.

Also, it has been a lot of fun to work with Norma Henning and I have recommended her in the past more than a dozen times to friends and other entrepreneurs."

"Mrs. Henning has been the key component in our success with my husband immigrating to the USA. During a time when NO ONE knew what to expect (started in late 2018 and it’s now early 2022), I don’t think we could have made it without her. Many couples who have struggled with bringing in their spouses during the Pandemic and Trump administration would know that it has been exhausting to deal with all the changes and closures.

We were separated for SO LONG during COVID but Mrs. Henning has been so patient and encouraging. She was extremely detail-oriented and always knew when there was any new changes to be made on any of the documents. Mind you, we never knew it would take this long and frankly many couple probably would rush the documentation process but due to everything being so difficult in general it took FOREVER.

If you are in need of someone who will NOT ONLY help you with what documents you need for immigration but someone who is compassionate, attentive, and will aid you with any concerns or questions about immigrating… THIS IS HER. I won’t ever consider anyone else and I am grateful to god to have someone like her as my lawyer during these complicated times. Thank you Mrs. Henning!"